Flame and Grill Buffet in Misto at Seda Centrio

Every nights of Wednesdays until Saturdays, Misto at Seda Centrio is having a buffet feast. Wednesdays are "Around the World" night, its a feast of worldwide of flavors. Thursdays nights are bound to Italy as they have a buffet of  "Pizza, Pasta and Salad". Saturdays night are a bountiful catch of "Seafood Frenzy". Don't worry, I did not forget about Fridays for it is the real TGIF night of "Flame and Grill".

Of course, every time we say "flame and grill" BBQ comes to our mind. Last 30th of June, I had a "me time". As starters, i had this for appetizers. 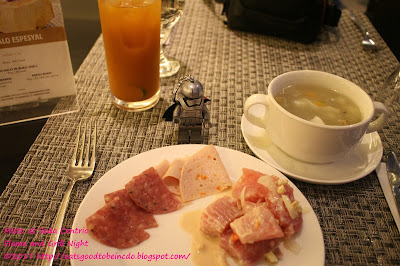 Eight Treasure Soup, the best warm me up before a feast. Cold Cuts to start a feast in baby steps. It's like jabs before a mighty punch and of course, Kinilaw for the undercard fight. I had two batches of this before getting to my main event. 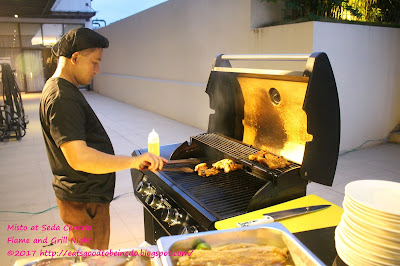 I went to the grill chef and ask what we will be having. That night he is grilling squid, pork belly and chicken BBQ.  I started with pork and squid. Grabbed another kinilaw for that sinuglaw effect. 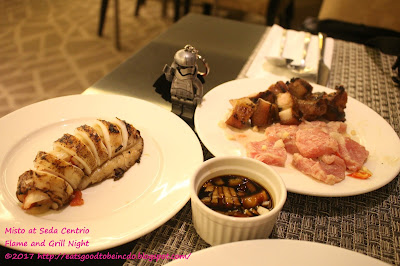 During buffets, I intentionally don't eat rice so that I will feel less full (talking about gluttony here). Instead of rice, I paired my grilled foods with Misto's best artisan bread. 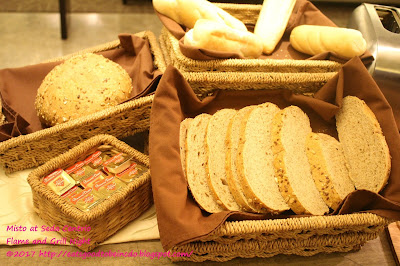 I only got the baguettes. Since I'm so happy and satisfied with my selections thus i did not bothered to get more from the buffet table. They are offering: backed macs, steamed veggies, beef and mushroom, pan seared tuna with tomato basil, and pork spare ribs with tausi sauce. OK fine, yes, i admit, i tried all of them but just a serving spoonful. They are all good, yummy indeed!!!

live piano is on the background. senti moments as the pianist plays. i even sing along while eating or sipping the lemony ice tea. before i end the feast, i had maja blanca. they also have fruits and buchi but maja blanca is my favorite. Then i had coffee before leaving. 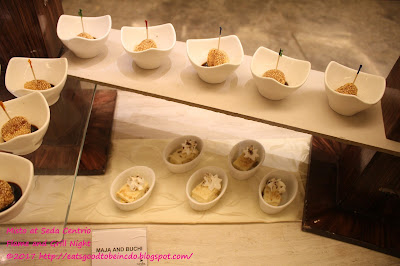 I would like to thank all staff and crew, most specially to the chef(s), who made this "craving" possible. yup! ive been craving for grilled stuff for about a month.
at July 11, 2017
Email ThisBlogThis!Share to TwitterShare to FacebookShare to Pinterest
Labels: Buffets, Misto at Seda Centrio, Seda Hotel Centrio