Primavera City will launch in a very intimate event in uptown CdeO this Friday, June 24, 2016. For what I heard of, this event will be an intimate get-together of employees, investors and other close friends.
Primavera City is a much awaited mix-use Condominium Center that will soon rise in uptown CdeO. It is near malls and shops; easy access to transport (commuter) system; and state-of-the-art amenities. 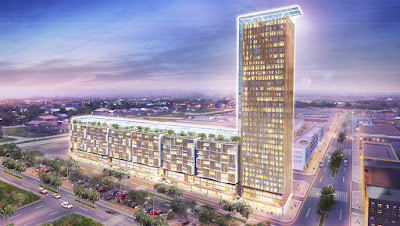 For what I heard, Primavera City will be built in 3 stages and it will break grounds few weeks after this launching.


In a few days we will share to you more so pls do stay tune. 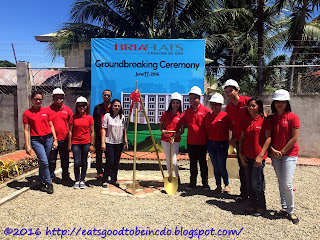 As of this time, i heard that many availed and invested to this project. It has the amenities that will really make condo living at its best.


Price of a unit is almost 300 pesos per day. Not bad for working singles or to a young couple. You can double the unit to make it into a 2 bedroom flat perfect for families.

There’s a lot of happy-nings in uptown CdeO. Growth is so fast, I am acknowledging that sooner or later this post will somehow be outdated. So, as of this press time, let me share to you whats new and whats hot in Uptown CdeO.

I asked around what is their meaning or where is Uptown CdeO. The most frequent answer is “the area from a Hotel’s Golf Course to a major Mall. According to the maps, they are referring to the area of called “pueblo township” that within the zones of Upper Brgy. Carmen and Upper Brgy. Balulang just before Brgy. Lumbia.

Many consumer establishments are now sprouting and keep on going by the numbers. Food stalls such as fast food, restaurants and convenience stores are always filled specially in the evenings.

Nearby barangays and Bukidnon towns are agricultural bowls that is why we can see trucks and stalls for fruits and vegetables along the road.

Automotive and motorcycle dealership are also not far behind. Gas stations and auto care shops are ever ready to assist both public and private vehicles.

Hotels and Condotels are also uprising. They cater tourist who wanted some fresh air in the uplands for more relaxing stay. As for the locals, they entertain and house their family guests here, but for some, they stay in for a break on their busy lifestyle.

As of now, only one major mall dominates the scene of commercialization. They have retail shops, department store, DIY shop, cinemas and among others. They really live to their motto “we got it all for you”.

As far as I remember, they are two unibanks in Uptown CdeO. One in the mall and the other one has its own building. Other banks just placed an off-site ATM in the mall both inside and on the main entrance parking lot. For sure other banks will establish their own buildings in the future.

Residential Areas and Its Amenities

On my count, Uptown CdeO has about three private basic education schools, one university campus and one public grade school. Not counting the tutorial schools and day care centers in every subdivision.

Religious groups and sects also established their house of worship around Uptown CdeO.

Upcoming and soon to Rise

What people are looking forward is the establishments of additional to go to places. That is why people are now excited to see the rise of the new mix use condominium complex that will break ground in the upcoming days. 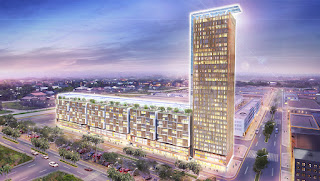 People are not only just excited to see what’s behind that steel fence but they are eager to invest to said mix use condominium. As the name posted in the fences it will be called Primavera City.

In the upcoming day, ill post some of its developments as it grows for ground to top. So please stay tuned.
at June 01, 2016 No comments:
Email ThisBlogThis!Share to TwitterShare to FacebookShare to Pinterest
Labels: Italpinas, Primavera City, Pueblo de Oro, Uptown CdeO
Newer Posts Older Posts Home
Subscribe to: Posts (Atom)