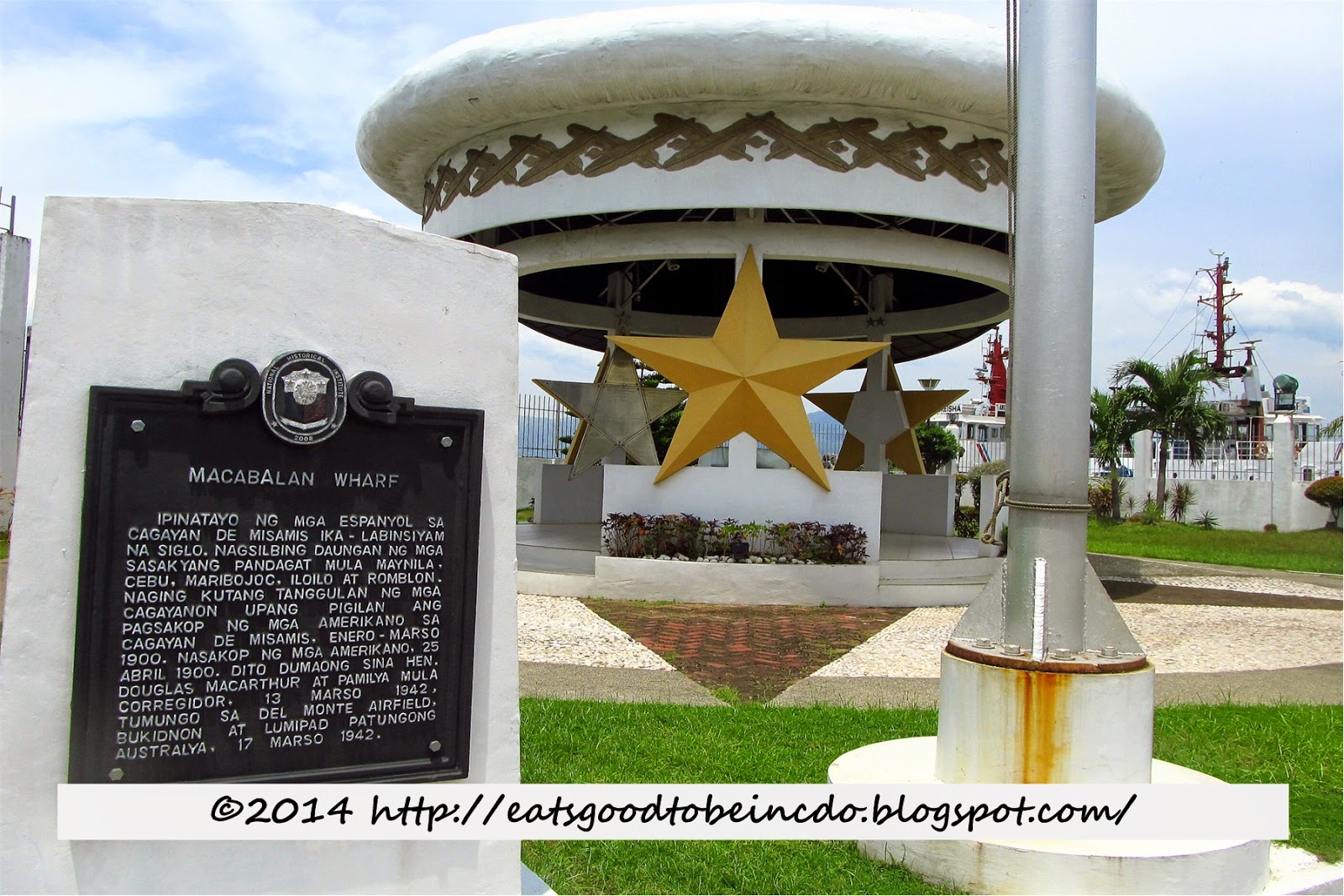 According to the Historical Marker and to what I had heard long ago. Macabalan Wharf was built by the Spaniards and cconqueredby the Americans. When Gen. Douglas MacArthur - the US Field Marshal in the Philippines during World War 2 - flee the Philippines from Corregidor Island (in Cavite Province) to Australia he made his quotable promise to his men and to the Filipino people "I shall return!". So from Corregidor Island he then went to Macabalan Wharf by boat then went to Del Monte Farms Airstrip in Bukidnon then by plane to Australia. 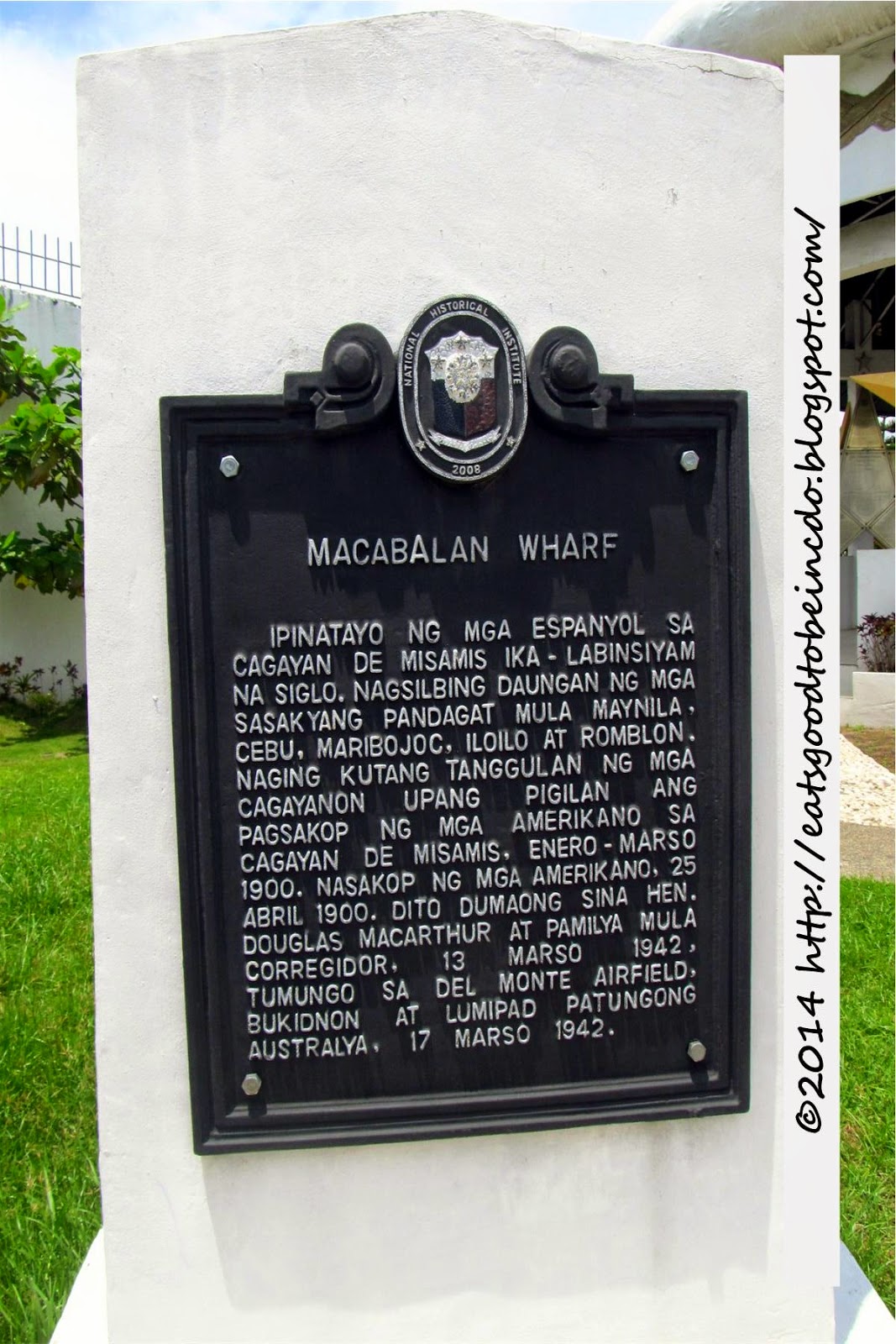 When he finaly returned, he landed in Palo, Leyte. and the rest as they sayy is another part of history. 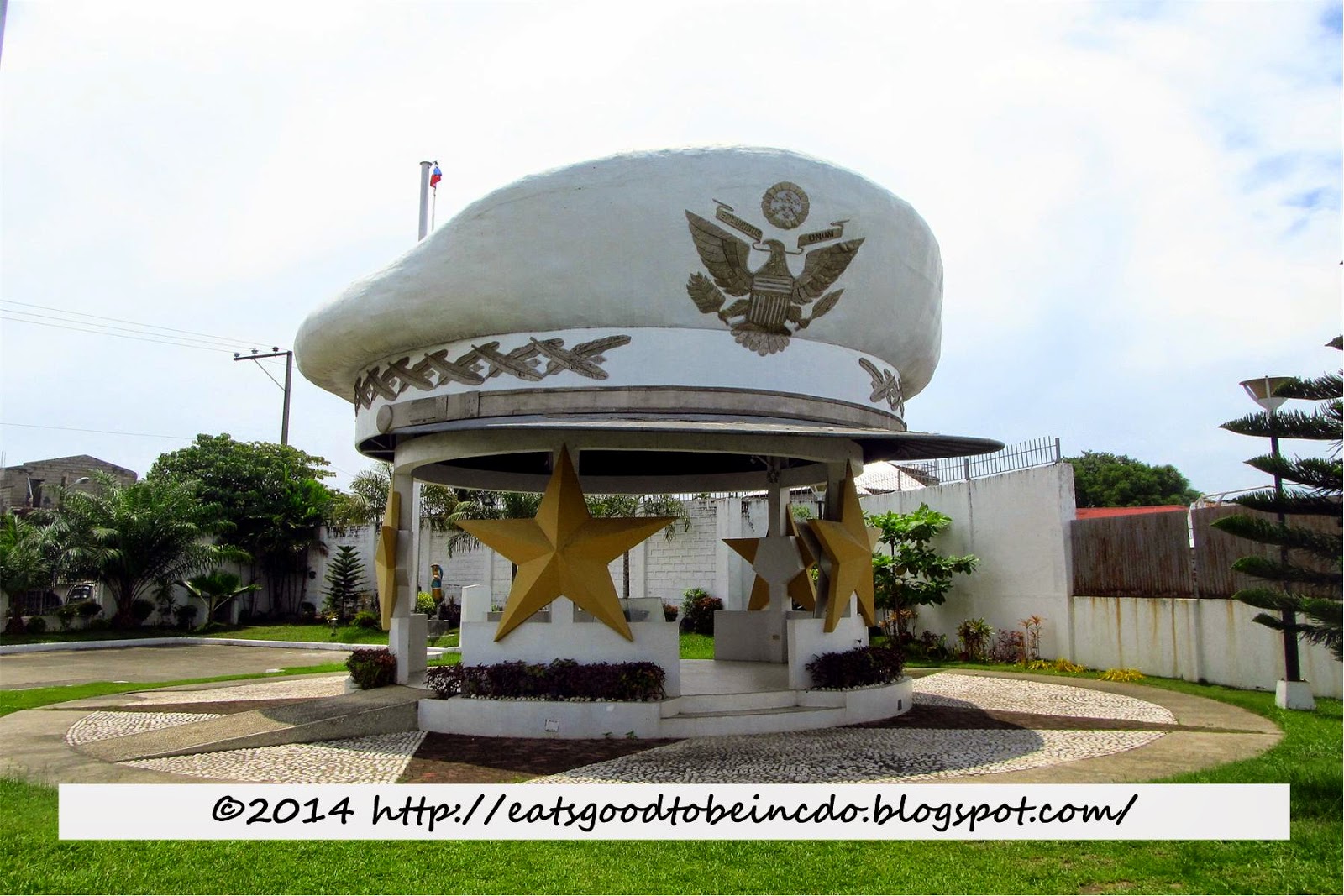 Its made of concrete. The hat symbolises his military cap that he always wore during the war. and the five stars that stands as its column represents his military rank of 5 Star General (of the US Army). In the middle of the marker is the replica or scale model of a PT boat symbolises the boat he used to in going to macabalan wharf.

At first i thought the park is closed since its gates are always close. Thus the second time I went there, I looked for the guards. One of the park opened the gates and welcomed me. She said that they always close the gates so that only "visitors" can come in and the would be "lovers" and "vandals" will not use the park to do their deeds.

To go to Macabalan Wharf:

Jeep or Multicab = Ride RA route for jeepney or RBC route for multicabs. Tell the conductor that youll go to MacArthur Park.